The technical stuff The concept of carb-loading is quite simple; first and foremost it’s based on the fact that glucose/glycogen are the primary …

While carb-loading sounds simple (just stuff yourself with carbs and taper down training), and it seems that it has been used successfully for decades, the truth is that science is still evolving in this area and there are a couple of potential mistakes to look out for.

If you are competing in events that will last 1.5 hours or longer, a pre-race plan to maximise muscle glycogen stores is highly recommended, otherwise you’ll be missing out on an opportunity to perform at your highest possible capacity and improve running times by around 10%.

This article is aimed especially at those who train at an advanced level and want deeper facts about nutrition and running. 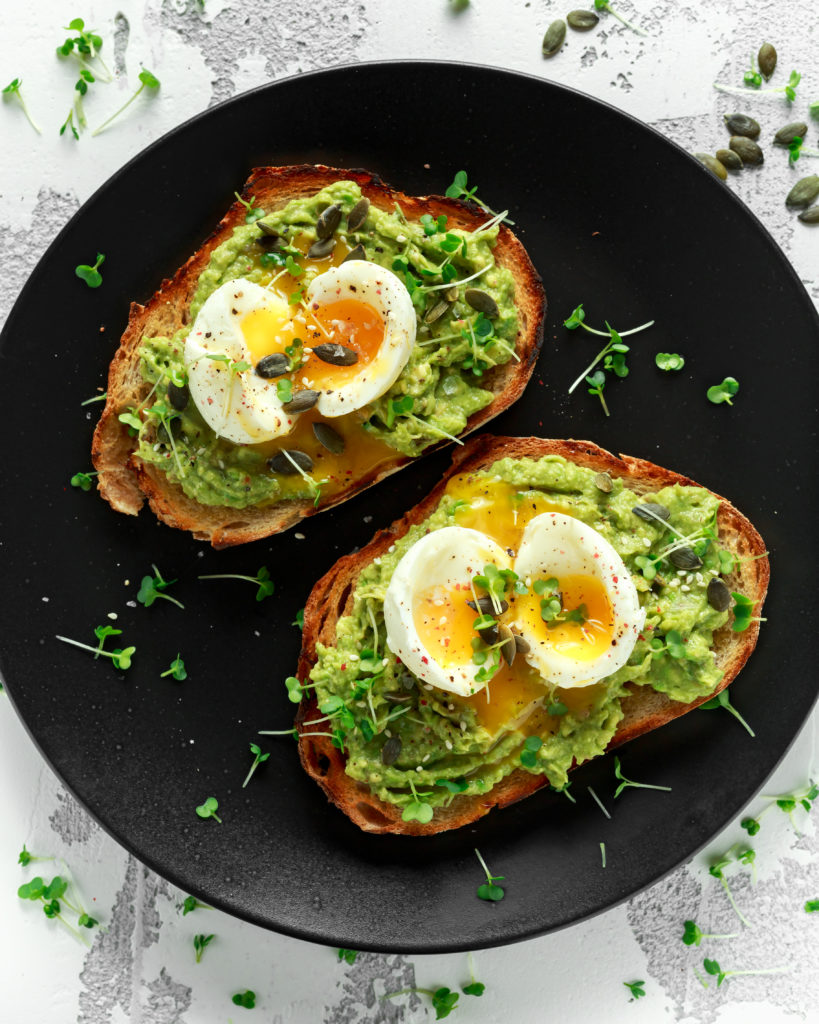 The concept of carb-loading is quite simple; first and foremost it’s based on the fact that glucose/glycogen are the primary and most efficient fuel source as exercise intensities reaches near threshold levels. At those higher intensities, fat as a fuel will be heavily outperformed by glucose due to slow mobilization rates and oxygen requirements. With this in mind, the goal is to overfill glycogen stores to the upper limits in order to prepare the body with as much race-fuel as possible. Glycogen, as you may know, are just complex chains of glucose stored mostly in muscles and the liver.

Muscle glycogen levels (or technical, concentrations) are usually in the range of 100-120 mmol/kg muscle wet weight, but in trained endurance athletes who are fairly well-fed, those levels would be around 150 mmol/kg following at least 8 – 12 hours of rest. To give some perspective, an intense 2-hour run could easily cut those levels into half (150 mmol/kg to 75 mmol/kg), which is just above the critical threshold wherein the release of intracellular calcium starts to impair with a significant decrease in muscle power output as a consequence.

An optimal applied carb-loading phase could increase glycogen levels up to 200 mmol/kg wet weight or even slightly more if creatine monohydrate is incorporated into that formula (20g/day divided into several portions). Regardless, we’re talking about a reasonable increase by at least 30-100% for most people as the ultimate goal. 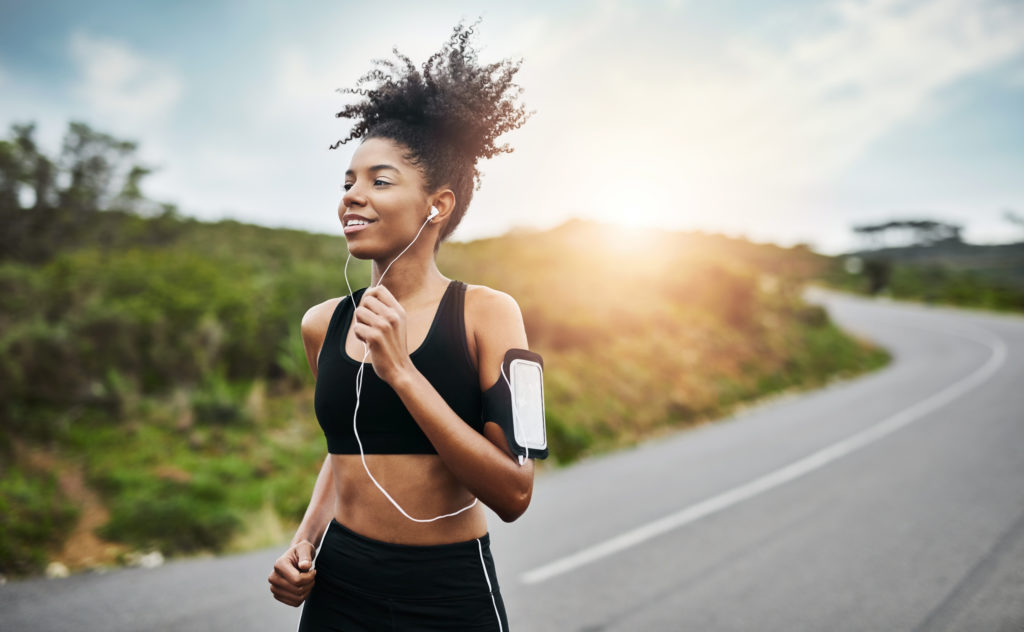 Even if glycogen concentrations would be exactly the same between individuals, whole body glycogen stores will vary considerably in the context of absolute amounts due to anthropometrics – essentially variances in total muscle mass and liver mass/size. Still, a good enough conversion can be made to give us some real numbers to work with – one mmol of glucose is equal with ~0.18 gram.

Additionally, Skeletal Muscle Mass (SMM) will make up for roughly 50 – 60% of the total Fat-Free mass (FFM) in well-trained male endurance runners. The difference between total Body Weight (BW) and actual Fat Mass (FM) will result in a FFM-value, in other words you can easily do your own FFM & FM math here as long as Body Fat Percentage (BF%) is known; BW * Body Fat % = FM. Anyhow, glycogen stored in the liver will contribute to another ~80-120 grams under normal circumstances.

Other sites of glycogen storage includes brain, blood, kidney and even adipose cells, but those stores are relatively small and negligible in this context.
From this data we can calculate approximate quantities for whole body glycogen storage in any possible scenario, for anybody. For the following examples I am using a 65 kg (143 lbs) male runner with 15% body fat:

However, it’s important to consider that these numbers are not equivalent to accessible glycogen in the context of running. First, some amounts will always be preserved for functions other than contracting muscles, meaning glycogen stores could never run out completely in a practical sense. Secondly and most importantly, glycogen can only be used locally, meaning that stored glycogen in the muscles of the upper body won’t be available for working muscles in the lower body.

Unfortunately, it’s not possible to control where ingested carbohydrates should end up, but it’s possible to increase the likelihood to saturate some muscles more rapidly than others by manipulating training and meal timing. Doing some glycogen demanding work immediately followed by a high-carb meal, preferably with fast-digesting carbs and creatine, is a good example. 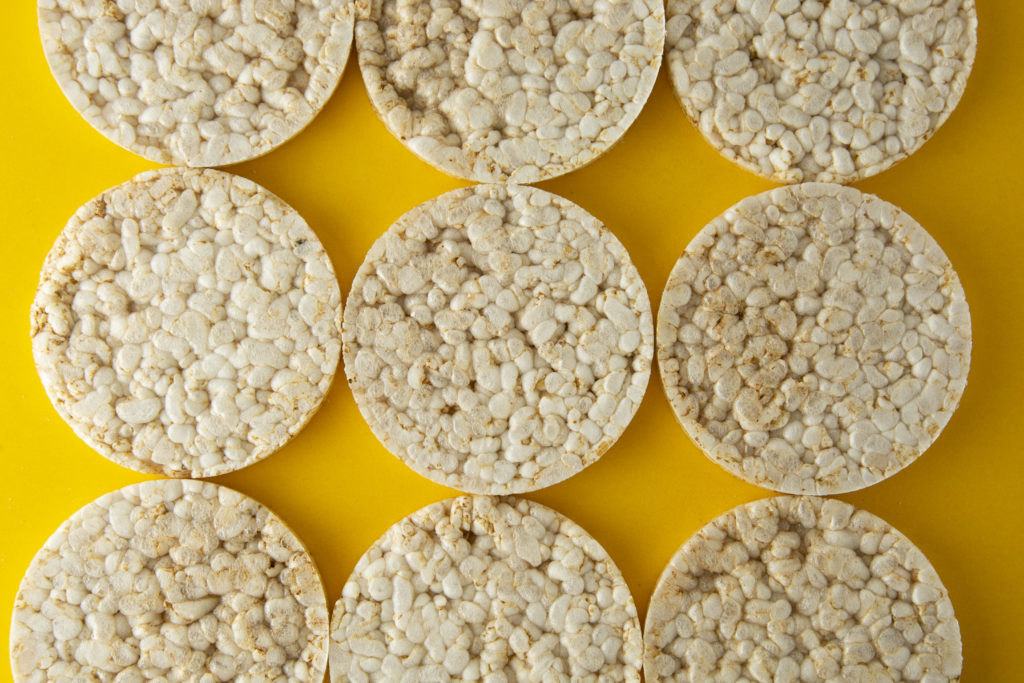 3 days of carb-loading seems to be sufficient for the vast majority of people, as long as daily carbohydrate intake is within the range of 8 – 12 g/kg (3.6 – 5.45 g/lb) and training volume is simultaneously tapered down significantly to reduce total energy expenditure. In theory, even a 2-day loading approach could be enough for some, in that case it would make sense to aim for the upper range.

If possible and appropriate with the tapering plan, it would be optimal to kick-off both a 2- and 3-days loading procedure immediately after a glycogen demanding lower body workout with a hefty dose of fast-digested carbs. This pre-loading workout is not restricted to running only, intense cycling and HIIT could be another choice with less stress from eccentric work.

In practice, these quantities of carbohydrates could be of a real challenge to ingest and it may feel like an impossible diet to follow through – especially in the upper 10-12g/kg range. 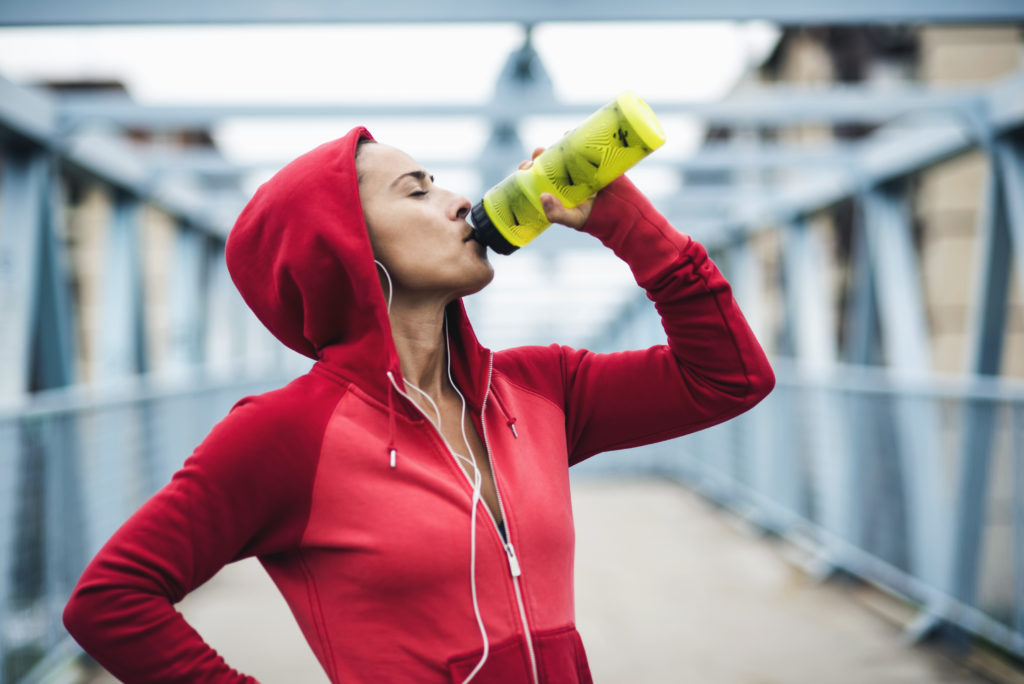 To avoid these absurd volumes, and to make things easier, feel free to use liquid carb sources as well, both simple and complex sugars/carbohydrates. Commercial sports drinks, maltodextrin dissolved in water or gels+water, are all good supplements to an otherwise carb-rich diet with more regular foods included such as pasta, rice, potatoes, bread, whole-grain crackers, fruit, juice etc.

Furthermore, ensure to eat relatively evenly throughout the day with just some extra amounts added to the first meal of the day after an overnight fast. Cut down on foods rich in fibres, and possible fatty foods, the day before and in the morning before your race to reduce the risk of any stomach problems. 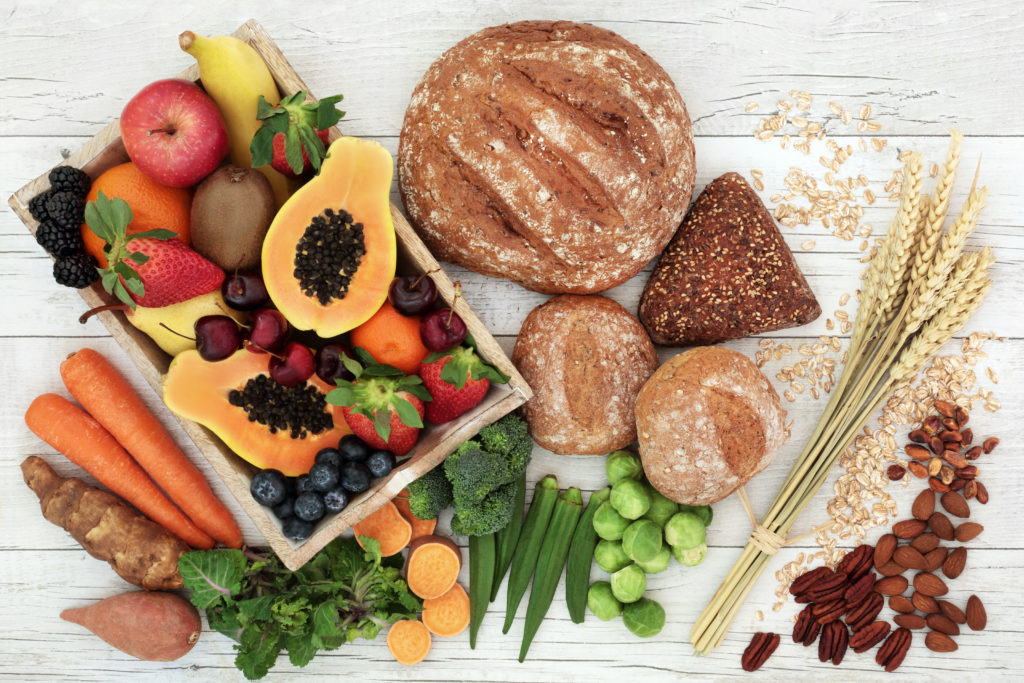 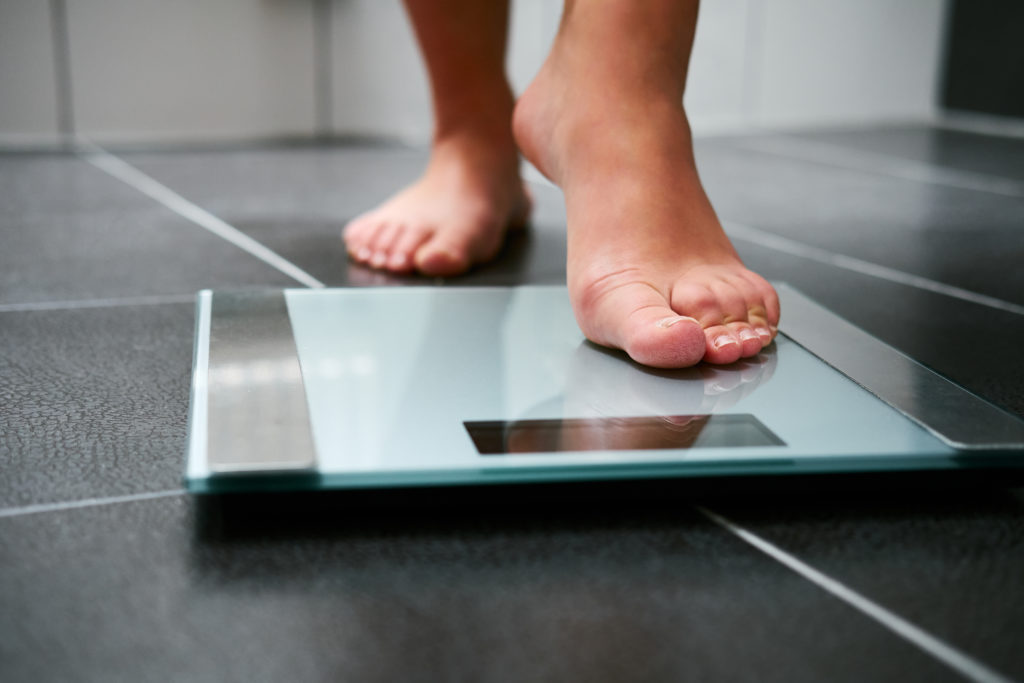 Depending on what conditions a carb-loading phase starts, you may find yourself a bit heavier over these last 2-3 days. This weight gain will be made up mostly from water, as glycogen attracts water in at least a 1:3 ratio. These amounts could increase even further when a carb-loading and creatine-loading phase are used simultaneously in an attempt to truly maximize glycogen storage.

However, even though a race-weight as low as possible may sound ideal, any extra water weight could help with hydration and thus aid performance in the long run. And some athletes claim that the risk-reward ratio of a carbs+creatine loading (and inevitably more water weight) will lean more to the favour of reward because of the increased glycogen storage. 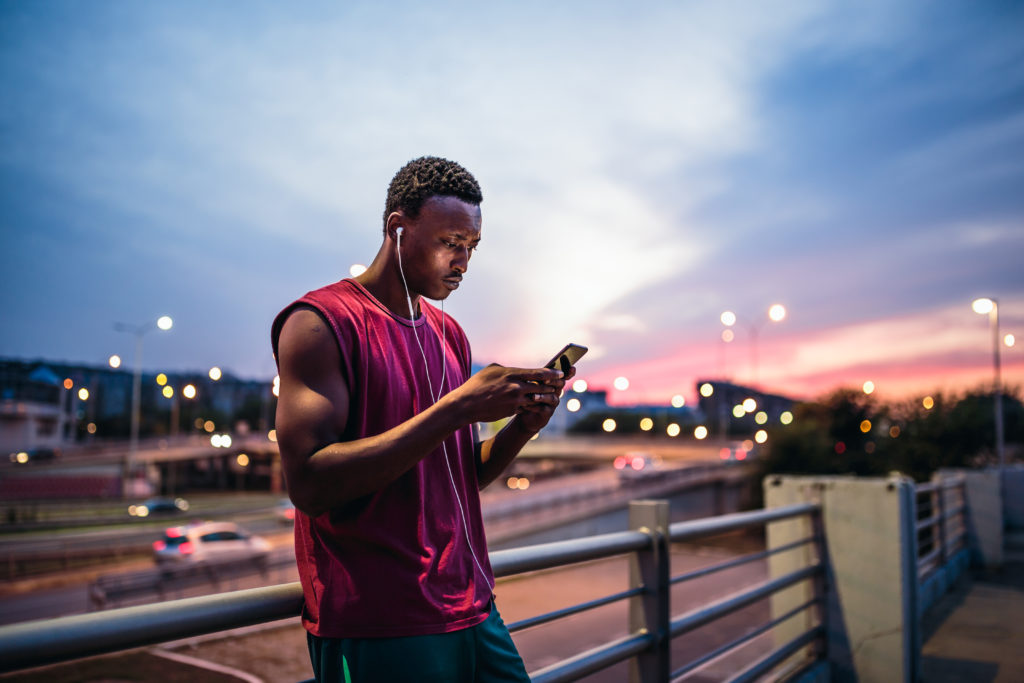 Finally, to create optimal conditions for glycogen replenishment and for the carb-loading plan as a whole, we need to ensure that calories are ingested in excess in addition to eating enough carbohydrates. While that’s an issue which most likely will solve itself with this high-carb approach, it could be good to know how to think about protein and fat – especially if you’re using Lifesum as a tool to make getting your plan in place a little smoother.

Both protein and fat would probably be lower than usual and could be evenly split (calorically wise) to make up for the last 20 E%. In other words, to get a useful number for target calories, divide total calories from carbohydrates with 0.8.