BRB, Gone Spinning | The Girl Who Hates Working Out 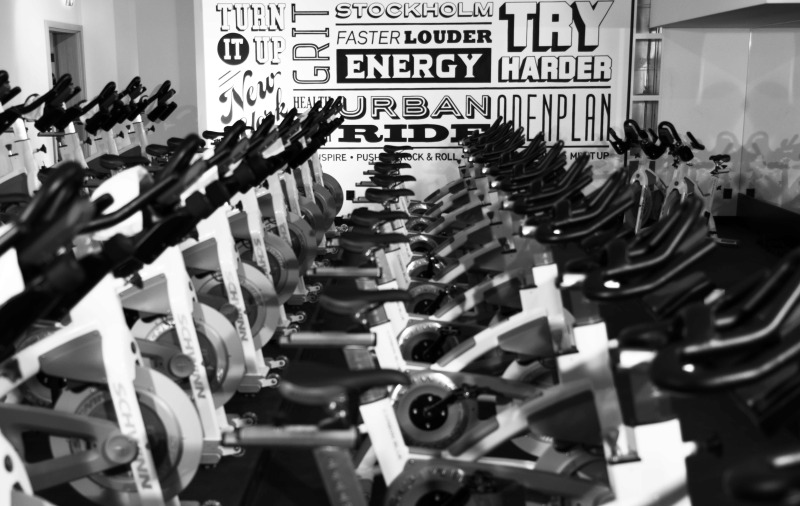 If anyone ever tries to convince you that spinning and cycling are the same thing, show them this blog post. They’re not.

So I know I’ve been talking about working out a whole lot but I need to be honest with you guys for a moment: I haven’t worked out since my run.

But all that changed today. Thank God for Lifesum. We went spinning.

We’re doing a 5-week trial of Fitness Collection, an app that gives Stockholm residents access to over 1000 classes per week. at various studios and gyms. For the first class, we went to a studio called Urban Ride for 30 minutes of spinning followed by Vinyasa yoga.

First let me talk about this gym. They provide you with towels and shower products. I mean if that isn’t enough to sell you, what is? You only need your workout clothes. Every regular gym-goer’s dream!

Okay, now onto the actual spinning. As a newbie I didn’t really know what to expect. We were given cycling shoes and then they told us to sit on a bike. Each bike had a face towel, a bottle of water, and a pair of dumbbells of approx 2-3kg each.

There was no warm up. We went right into it. Our instructor showed us three different positions to start with. The first position had us sitting on the bike; the second had us standing (which was quite a relief at times because the seat on the bike was extremely uncomfortable) and holding on to the tops of the handlebars loosely, and the third had us standing again but holding onto the middle of the handlebars. I was surprisingly relaxed prior to starting, but after a few minutes the sweating had begun.

For the first part of the spinning session we worked our cores; first learning how to control them, and then leaning different ways (while cycling, which is really difficult if you aren’t naturally coordinated). For the second part we worked our arms quite a bit, using the little weights (again, while we continued pedalling), and for the third and final part, we worked our cores again, leaning back on the bike, then forward, moving in squares and alternating between seated and standing positions.

When it was over, my forehead was dripping with sweat. No exaggeration here. I pretty much emptied my water bottle right after, then went back to refill it before de-socking for yoga, but I was feeling pretty awesome. Not body-wise, I honestly felt like sitting down, but I’d done it and I felt strong because of that.

Sooooo about the yoga.

Yoga isn’t my thing. I’ve said it before, and I’ve no shame in saying it again. I honestly feel restless, not relaxed, and all that stuff about chakras isn’t my breed of spirituality. But I went, telling myself I’d just do as much as I felt comfortable doing.

It was great to start by lying down. Especially after the intensity of spinning. But for me that was where the ‘great’ part ended. There were a lot of stretches where I just felt uncomfortable. It was kind of like doing cool-down stretches after a workout, just more intense. I discovered that I have a very strong dislike for the downward-facing dog, that I only like to be uncomfortable for yea long, and that flexibility isn’t my strong-point. It wasn’t awful, but I didn’t leave thinking, ‘Wow, I have to do yoga again.’

And then a shower. Best. Shower. Ever. They even gave me a little bag to throw my sweaty workout clothes in. That’s what I call service.

But back to spinning. Here are three reasons you should at the very least, try it:

1. DO IT YOUR WAY
A good instructor will tell you to push hard and stick to the beat, but if you can’t keep up, it’s okay. Do it at your own pace and at your own intensity.

2. BURN HELLA CALORIES
The average 40 minute workout will burn around 400 and 600 calories. That isn’t half bad. Especially if you’re doing it three-times a week!

3. FIND THE ABS YOU NEVER KNEW YOU HAD
I’m not sure if this is the case for all spinning classes everywhere, but trust us, you work your core. Having the correct posture is a big part of this, but believe that if you did it right, the next day your abs will let you know. And before you argue that you don’t have abs, trust me, you do, they’re just a little hidden.

Why not give spinning a try?

Spinning.com has a function where you can find spinning in your state (US only). You can also use ClassPass to see if you can find a studio or class close by (US, UK, Canada and Aus only).