This article is especially for those who train at an advanced level and want more information about nutrition and running.

The vast majority of the metabolic processes inside the body are dependent on a simple chemical substance with one oxygen and two hydrogen atoms. This is the H20 molecule, or simply put, water. Even though the human body already contains around 60% water and has its own ability to synthesize some of it from processing macronutrients (sources of hydrogen) and inhaling air (source of oxygen) – it’s still necessary to ingest a proper amount of water every single day to function properly.

You may have heard general guidelines to ingest something like 2 liters of water every day from liquids and food as an adult, but if we add environmental factors and/or energy-demanding work such as running into this equation, we all know that will change quite dramatically. Here’s why and how to think about fluids as a marathon runner.

A 3-hour run could mean fluid losses of 2.5-5 liters from sweating, or even more in extreme conditions. So it is no understatement to say that marathon poses a considerable physical challenge for runners of all levels, especially if it’s combined with unpleasant heat and nasty humidity.

Water loss through sweating is the primary way used by the autonomic nervous system for cooling purposes during intense work. One gram of evaporated sweat is equivalent to a heat/energy loss of around 2.4 kJ, or almost 600 kcal for 1 liter. However, for each liter of water lost, an increase in core temperature by around0.3°C follows as a direct result of an altered blood flow and an impacted cardiac output. A decreased stroke volume will increase heart rate by around 8 beats per minute for any given intensity to make up for the new demands. In other words, impaired performance or at least perceived fatigue will very likely come sooner rather than later if no action is taken to replace lost fluids. But if the fluid intake is somewhat close to the fluid loss, our own thermoregulatory system will do the job perfectly, even in the long run.

In addition to a heightened core and brain temperature (which, as said, may contribute to central fatigue) an overheated body also means a marked decline in blood flow and oxygen to working muscles and an impaired disposal of metabolites away from the muscles. Subsequently lactate will start to accumulate more rapidly, with a reduced conversion of lactate to pyruvate inside the liver as well. This means that less glucose could be produced to add performance and energy needs.

How much fluids do we really need then? 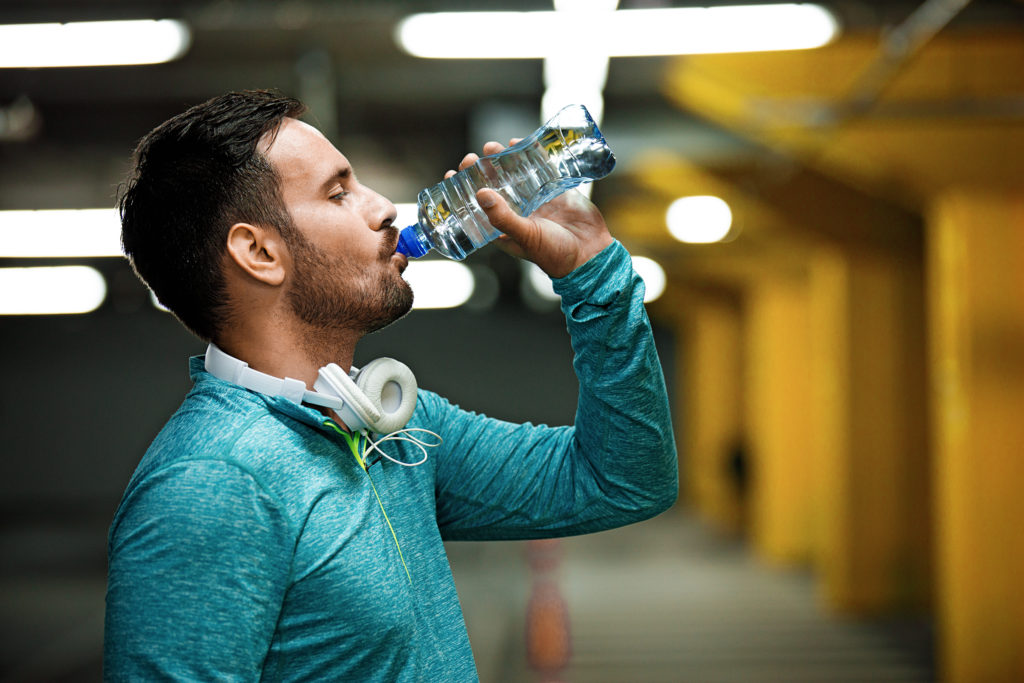 First of all, no “one-size-fits-all hydration” guide exists, but sweat rates will give us a good enough answer. Everyone sweats at different rates. In temperatures between 40-90°F (4-32 °C) heavy sweaters can lose between 1 – 2 liters of fluid during training, and light sweaters can lose between 1/2 – 1 liters. As a top level athlete, these rates could be significantly higher, as for example Alberto Salazar who had a measured rate of 3.7 liters/hour in a study made meanwhile he trained for the 1984 summer Olympics.

The easiest way to find out an individual rate is through testing and monitoring, however this testing will only give sweat rates that is accurate under similar conditions (tempo, clothing, heat, humidity, winds and even altitude). Therefore, if the goal is to make a fluid plan for a certain race, it could be necessary to take that into consideration in some way or another. If the test could be made in the exact spot and conditions for the upcoming race that would be ideal. If that’s not possible, a bit of research may help – find out how typical weather conditions are  and then find something similar.

A self-monitored test starts with an initial weigh-in without clothes – right before taking a run for one hour. Here, you should be well-hydrated, but nothing excessive, or at least no more than what’s normal for you before a race. After that hour of running, return to your weigh-in station, strip down and do the weigh-in again. The recorded difference would be close enough to your actual sweat rate – one kg on the scale means fluid loss by one liter, and one pound means a loss by 16 oz. Any consumed fluids during the time of the test must be taken into account and corrected for, in that case just subtract the exact amounts of ingested fluid from your post-test weight.

There is no real need to replace all lost fluid during a race or training session, some degree of dehydration, < 2%, which is quite normal for a marathon, doesn’t seem to affect most people’s performance in outdoor conditions. On the contrary, a lighter body could work at an advantage as long as everything else is left to function properly. If the scale hasn’t moved, or if weight has been gained during a race, intake of fluids is unnecessarily high. 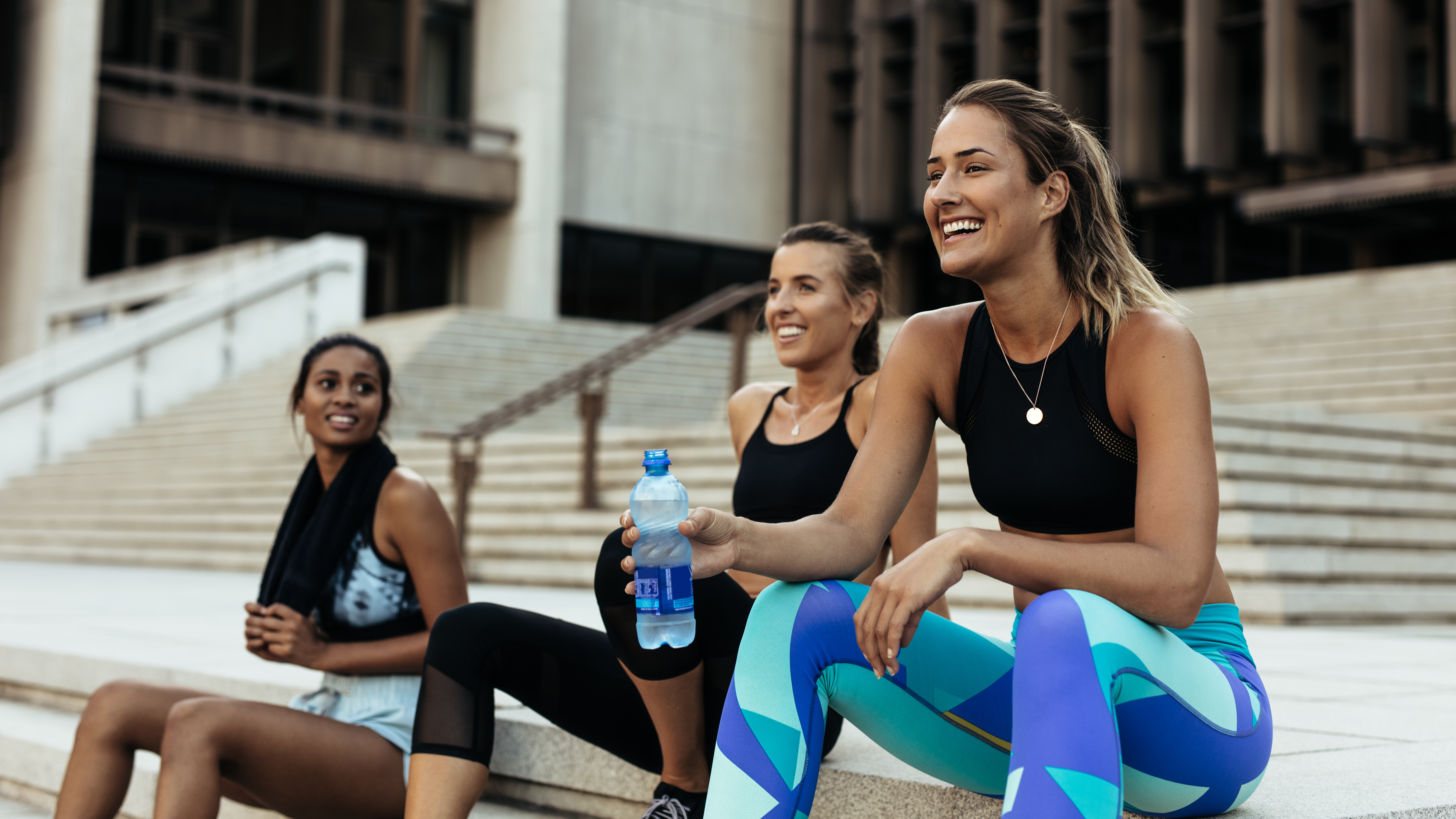 Now that you know your sweat rates (or at least how to measure it) you can put that together with a dehydration threshold (i.e. 3%), then multiply that with the expected duration of the race (or for a training session for that matter) to get your minimum figures right for a solid fluid plan for the whole race/session. The equation with a maximum dehydration threshold fixed to 3% would look like this:

Some will argue that 2% would be a safer and thus better threshold to aim for, while that is certainly true for some athletes and in the context of trying to avoid any sort of dehydration-related impairment, it’s important to consider potential intestinal problems with plenty of fluids in short time (i.e. intestinal fullness, vomiting etc).

In more extreme conditions with high sweat rates, even a plan with a 3% threshold could be too fluid-heavy, at least in theory if only water is ingested. The limitations lay within the GI-tract and, particularly, the rate at which ingested water is absorbed by the small intestine. What’s quite interesting, though, is the major difference between at what rate just plain water versus a 6% glucose+water solution could be absorbed. If just plain water is ingested, there will be limitations around 0.6 – 0.8 liter/hour, while that amount with a glucose+water solutions could exceed 2 liters/hour, consequently the absorption rate in a technical sense should by no means be a limiting factor if sports drinks or gels+water is used.

Anyhow, as usual, athletes should always establish and monitor their own personal needs and limitations during a sport-specific training sessions first, then add some common sense to that if deciding to change to anything untested ahead of a competition.

What to drink and when? 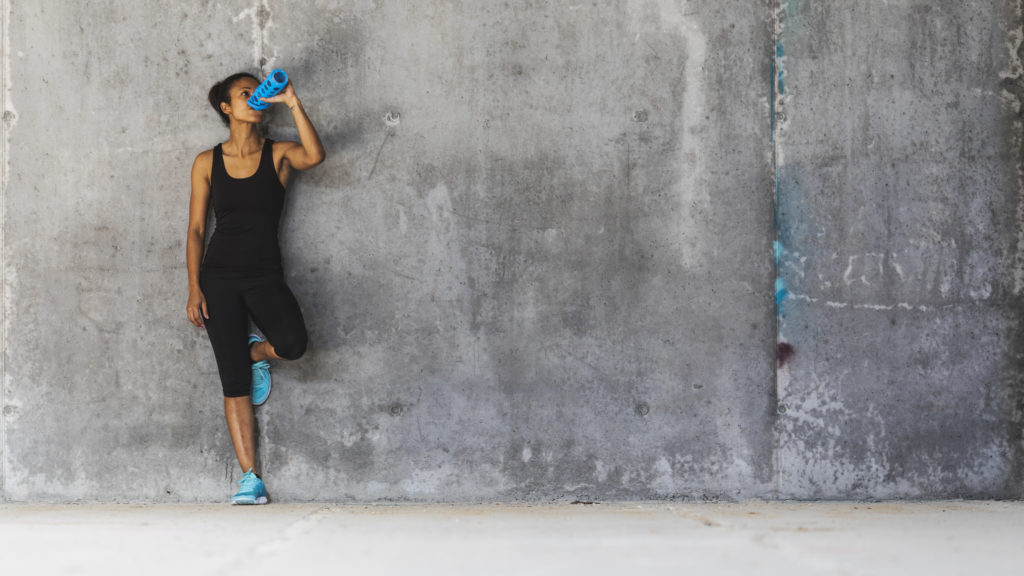 There is no good reason not to start drinking immediately or within the first 15 minutes of a race if you’re aiming for optimal performance. Sure, the need for fluids, except from the internal fluid, will be zero at this point. Nevertheless, there is always a delay with absorption to consider, especially for plain water which have been pointed out above (e.g. 150 mL plain water would take around 11 – 15 minutes to absorb completely). In addition, evenly spread fluids will always be more comfortable to absorb.

If your expected race time is 3 hours and your individualized fluid plan is set to 60 fl oz (1.75 L) in total, this would mean 20 fl oz (~ 600 mL) per hour which then could be evenly spread into 5 oz (150 mL) servings every 15-minute with the first one ingested right in the beginning.

Whether you prefer sport-drinks or gel as the main fuel for your fuel plan, this could also impact your fluid plan. Water with easily-digested carbohydrates present will be absorbed faster and vice versa. With that being said, it won’t matter if water and partly concentrated sugars (gels) are ingested separately or ingested together as a prepared solution like a sport drink. And if previous criteria are met, absorption rates would be equally good – even if sodium or electrolytes would be added to that formula.

In case of what fluids to choose from, it’s more a question of what is most practical and the availability of drink-stations along the route. If water is readily accessible throughout, gels together with passed water would be ideal to cut any extra weight. This method, with gel and water separated, could also simplify the procedure to meet the needs from both plans (fuel + fluid) without the risk of doing so at the expense of the other, e.g. ingesting too many fluids to match the needs of carbs, or ingesting more energy than necessary in an attempt to replace lost fluids.

Don ́t forget about the Electrolytes

There is a good reason why most commercial sport drinks and gels includes a significant amount of sodium. In general, one liter of sweat contains approximately 900 mg sodium together with 200 mg potassium, 20 mg calcium and trace amounts of magnesium. Even though electrolytes could be perfectly stored and secreted inside the body to meet most demands and challenges, there could be situations with both minor, severe and fatal complications due to deficiencies – hyponatremia and possibly muscle cramp would be the most relevant examples.

Hyponatremia occurs when the concentrations of sodium in the blood decreases to a potentially dangerous level. This state could be provoked during prolonged exercise along with considerably high sweat rates while simultaneously ingesting too much sodium-free fluids. Feeling bloated, accompanied or followed by nausea and vomiting, visible bloating (i.e. swollen hands/feet), dizziness, headache and cramping could be early signs of hyponatremia.

While the exact causes of muscle cramps are unknown and specific electrolyte abnormalities have not been identified with muscle cramp, some experts still argue that sodium depletion is a major predisposing factor behind cramping during exercise, particularly in warm weather conditions.

For this very reason, reasonable amounts of electrolytes (or at least sodium) should be incorporated into your fluid plan just in case, this could be crucial in long runs, especially with warm weather and humidity.