How alcohol makes you gain weight

A serving of beer is 12 ounces, wine is five ounces, and liquor is 1.5 ounces. Caloric content varies based on the type of alcohol. Wine is aroun…

Stopping or reducing drinking and losing weight often go hand in hand—that’s partially why the two are such popular New Year’s resolutions. But why does alcohol make you gain weight in the first place? It works against you from numerous angles, starting with the excess, empty calories. Most people don’t consume just one low-calorie alcoholic beverage when they imbibe. However, even if they do, it’s important to keep in mind that a single serving of alcohol is 85 calories at the bare minimum. Most people have a pretty heavy pouring hand and don’t abide by serving sizes.

A serving of beer is 12 ounces, wine is five ounces, and liquor is 1.5 ounces. Caloric content varies based on the type of alcohol. Wine is around 150 calories on average, beer varies so greatly it’s impossible to pinpoint, and the lowest calorie liquors are clear rum at about 85 calories. However, for those who prefer cocktails, all that added sugar and mixers can easily make a mixed drink up to 300 calories. If you have two, that already gets a woman close to half of her recommended caloric intake for the day.

Alcohol also lowers inhibitions, which encourages drinkers to consume more. At the same time, it increases hunger. Bar food (and food that sounds good while drinking) isn’t known for being healthy or low in calories. “Pub grub” usually entails items like French fries, nachos, and other addictive, snackable goodies that encourage you to binge. Even a low-key night out with friends can quickly put you on your recommended calories for just a happy hour alone.

However, alcohol also works against you by slowing your metabolism. Metabolisms naturally slow down with age (which is why teenagers can seemingly eat so much and stay slender). Once a metabolism has been damaged, to some degree it can’t be “fixed.” Those with eating disorders who keep their body in a constant state of starvation can do permanent damage to their metabolism. Alcohol can also cause permanent damage. It’s in everyone’s best interest to keep their metabolism in top working order.

There are ways to boost your metabolism, such as consuming spicy foods. For those who don’t like the heat, a supplement of capsicum daily can help. Ayurvedic practices such as drinking warm water with a fresh squeezed lemon first thing in the morning can also help boost your metabolism. However, these healthy approaches can’t undo the damage done by alcohol.

Unfortunately, a recent trend is dubbed “drunkorexia.” It’s the habit of “saving” calories for a drinking session. It’s particularly popular with college students but is also increasingly practiced by drinkers of all ages. Not all calories are created equally. There’s only so much truth to the calories in, calories out equation (if it was that simple, dieting would be a lot more straightforward). This practice encourages people to skip healthy meals and go hungry so that they can “spend” their calories on alcohol.[G1]

The occasional bout with “drunkorexia” likely won’t do a body permanent damage, but it sets a dangerous precedence. Plus, it’s almost impossible to tell how much alcohol a person consumes when they’re out at a pub or nightclub. Serving sizes can vary wildly, and it’s rare that calories are listed even on individual bottles of beer. Some people think sticking with clear liquors and no mixers provides a “good buzz” without too many calories, but at what cost? The metabolism is still being damaged, and inhibitions are being lowered.[G2]

When it comes to alcohol consumption, there’s a lot more going on than you think.

How Alcohol Breaks Down in the Body 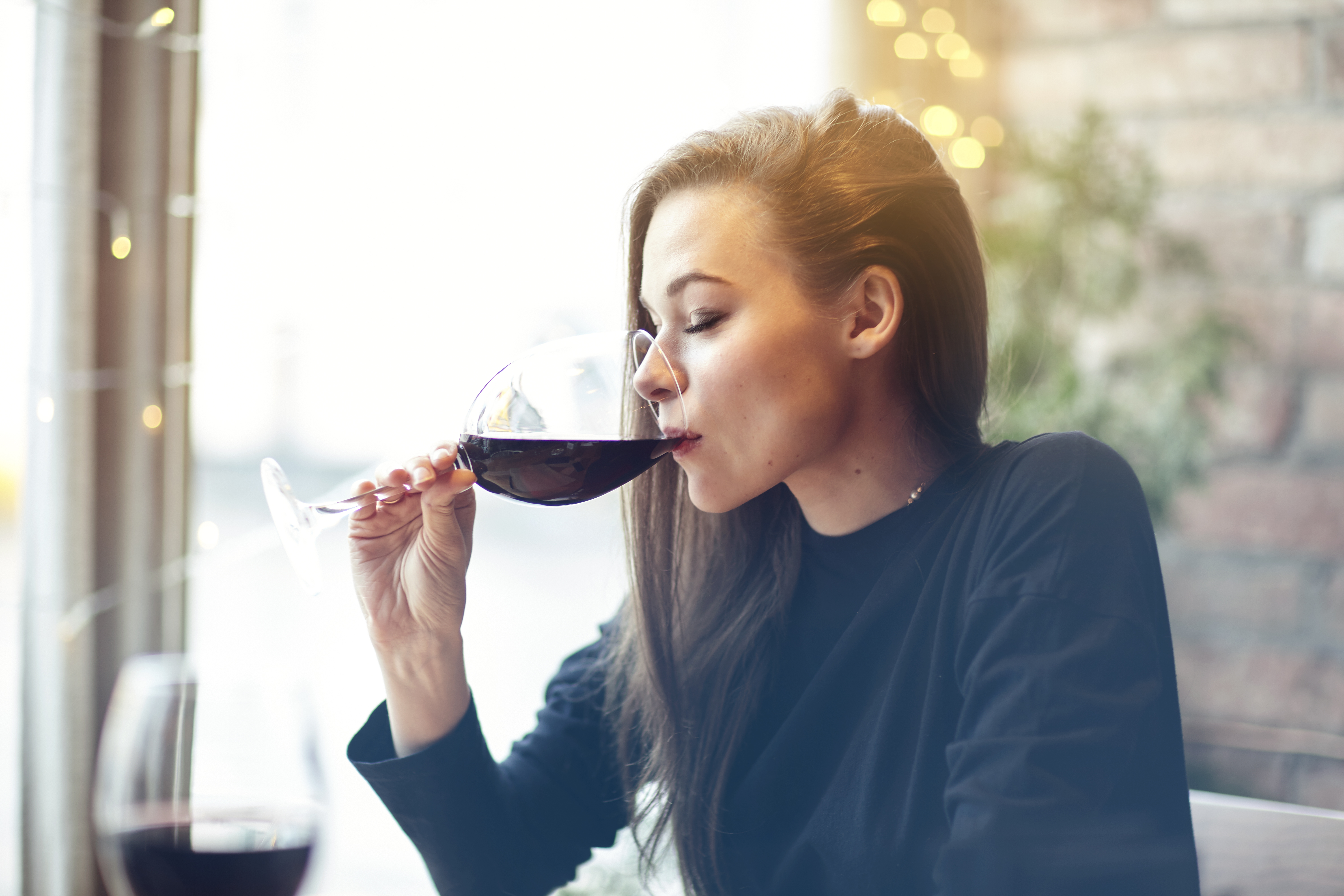 When alcohol is consumed, it’s broken down into acetate—which is similar to vinegar. The body burns acetate before any other stored energy in the body. In other words, it thrives on the alcohol instead of any excess fat you might be working towards reducing. The body prefers acetate to sugar and fat. In other words, your body will cling to the treats you had earlier in the day or week and thrive on the alcohol. That’s why plateaus are so common for those who drink and are working towards fat loss.

To make matters worse, alcohol had a knack for temporarily stopping the body’s lipid oxidation. This makes it even tougher for your body to burn existing fat. If you’re looking to gain weight, scientifically the best approach is to drink a lot and eat a lot of fat.

This doesn’t mean you have to give up alcohol entirely in order to lose or maintain your weight. However, it would certainly help. The best approach is moderation, but with alcohol, that usually requires either incredibly strong willpower or having a solid support system. The only way to really know what you’re consuming and how much is to host parties yourself. Measure your drinks, have your loved ones keep an eye on you (and you can return the favor), and as a perk, you’ll save big bucks by not doling out for those [G3] [G4] [G5] $13 cocktails at the bar. A slender waistline and a fat bank account? That’s the best way to go into the New Year.

Author Bio: Trevor is part of the content marketing team for Detox Local and a recovering addict & alcoholic who’s been clean and sober for over 5 years. Since his recovery began, he has enjoyed using his talent for words to help spread treatment resources, addiction awareness, and general health knowledge. In his free time, you can find him working with recovering addicts or outside enjoying any type of fitness activity imaginable.

Track your calorie intake with the Lifesum app.