Everything you need to know about sports drinks and gels

1. Why and when are they necessary? Fluid balance refers to the correlation between the fluids and electrolytes in the body. When sweating, fluid…

Not only do sports drinks come in a range of tempting flavors, they can also help restore the body’s fluid balance. Sports drinks and gels can be incredibly useful during long-term training or competition. So why are they so beneficial when training and running long distances, and when should you drink them?

1. Why and when are they necessary? 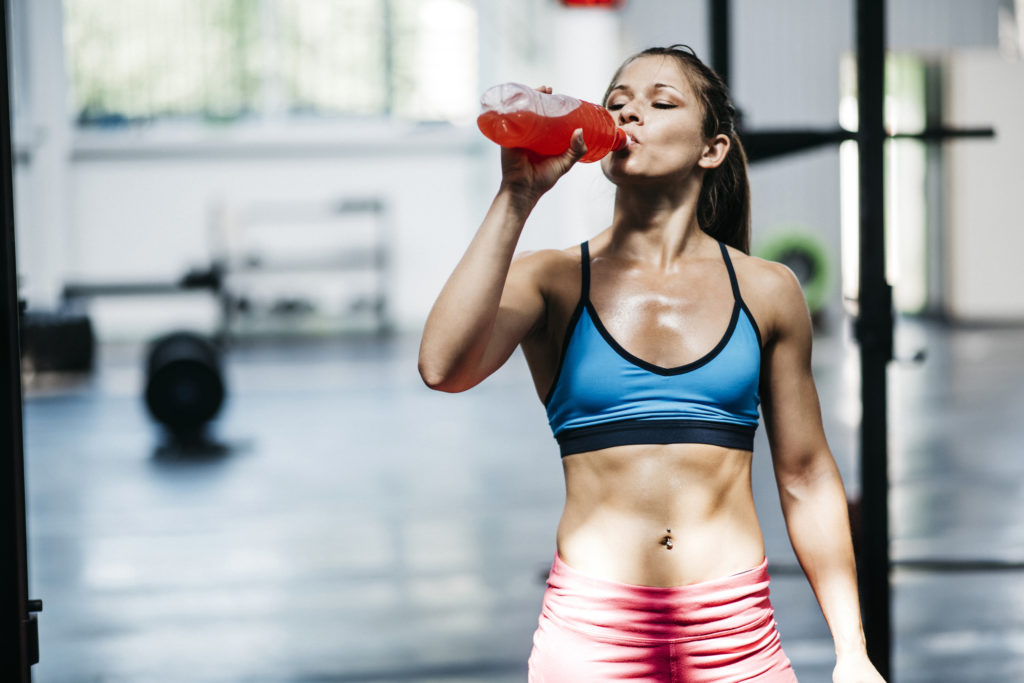 Fluid balance refers to the correlation between the fluids and electrolytes in the body. When sweating, fluid is lost along with electrolytes. If you replace this loss with water alone, there will be an imbalance which can have a negative impact both on the body’s organ functions and your overall athletic performance. (1)

Consuming sports drinks is especially important if you’re exercising in a warm climate or for prolonged periods of time. In both cases, excessive fluid loss is common. Sport drinks and/or sport gels are generally necessary if the duration of the race or workout exceeds one hour. If the duration is under one hour or doesn’t cause heavy sweating, drinking plain water will be sufficient. The combination of water and electrolytes, especially sodium, combined with glucose also promotes the absorption of the fluid in the body. This encourages faster, more efficient hydration. (1)

2. How many carbs should be consumed during a race? 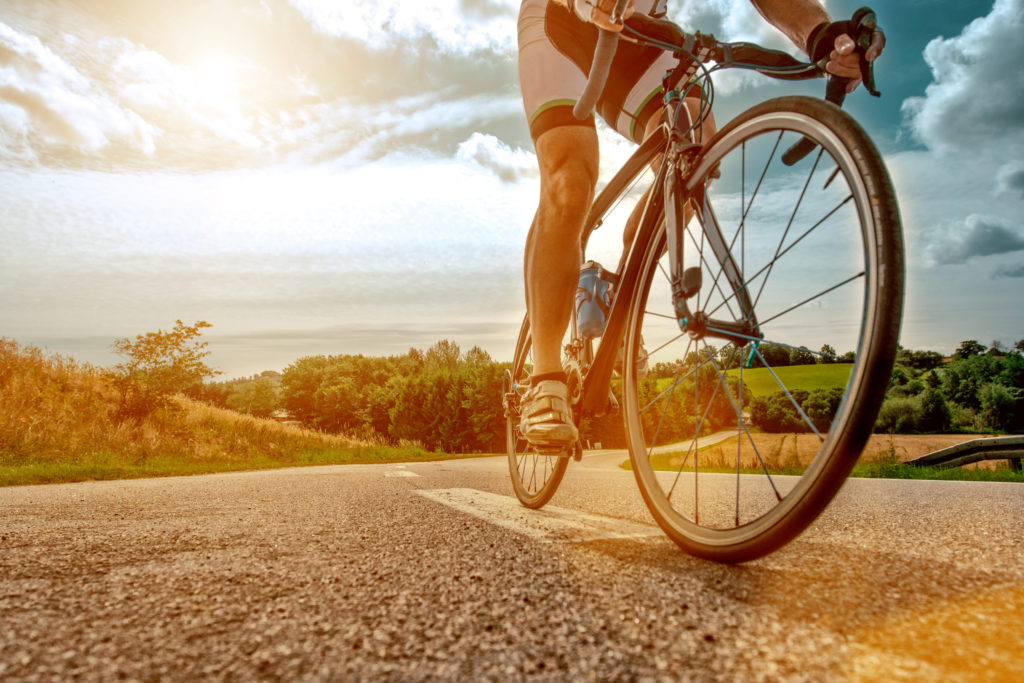 When exercising or racing for longer than one hour, it may be necessary to consume somewhere between 30-90g carbohydrates per hour. This will depend on the activity’s intensity. If you need to take in as much as 90g of carbohydrate per hour and the race lasts for over 2.5 hours, it’s a good idea to consume a mixture of glucose and fructose. (5) These two sugars are absorbed via different transport ports in the body, and by using both ports you will enable faster absorption. However, if the race or workout is under 2.5 hours the fructose won’t be beneficial. (2) Depending on the amount of carbs needed and the preferred amount to drink for the race or workout, you can choose from a selection of different concentrations. (3) For example, if the runner drinks 1000 ml of liquid per hour and 60 g of carbs per hour is required, the drink needs to have a 6% concentration of carbs. If the runner struggles with drinking that much liquid, a higher concentration of carbs could be preferable. With a concentration of 10% carbs, only 600 ml of liquid is needed to fill the requirements of 60g carbs per hour.

3. The most important minerals 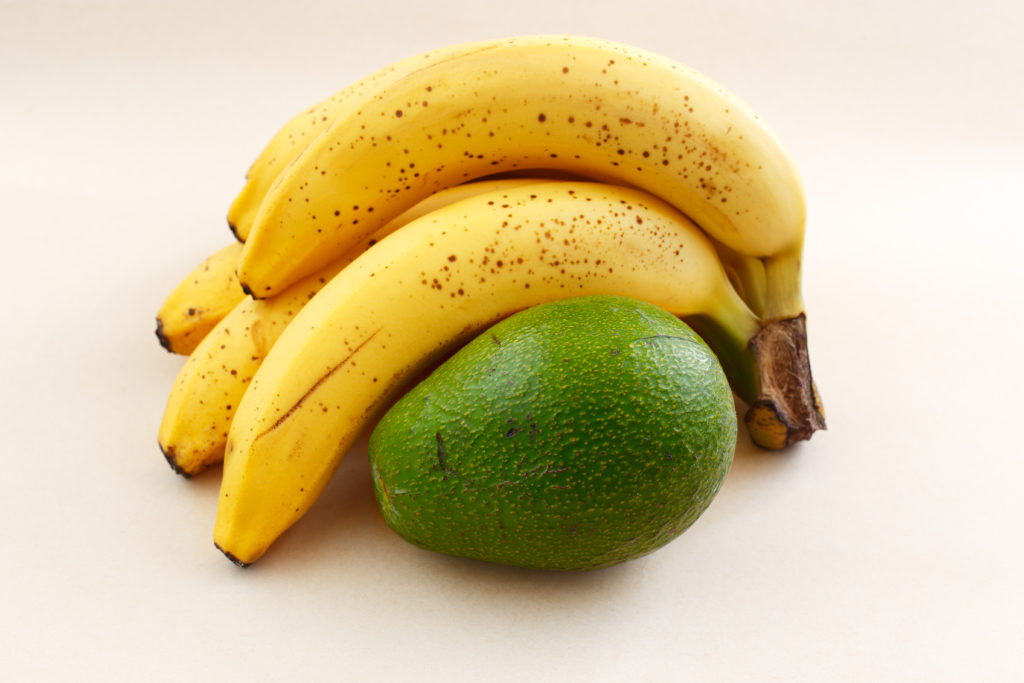 When it comes to restoring the body’s fluid balance, sodium is the most important mineral to focus on. It’s lost due to sweating and plays an important role in the balance between fluid and electrolytes. (3) Potassium is also an important mineral. Sodium and potassium work together in something called the sodium/potassium pump. This ensures that the concentration is balanced between the membranes of cells in the body – a balance which is vital for many functions. However, potassium doesn’t need as much attention as one might think, since it is found in various foods like bananas, vegetables, meat and potatoes. (4) As long as enough energy is consumed along with a varied diet, the recommended intake of potassium will be reached. (3) Only small amounts of potassium are lost due to sweating, with the rest regulated by the kidneys. (4) The most essential mineral to pay attention to in sports drinks is sodium – due to the large loss when sweating and its important role in the fluid balance. (3)

4. Difference between gels and sports drinks 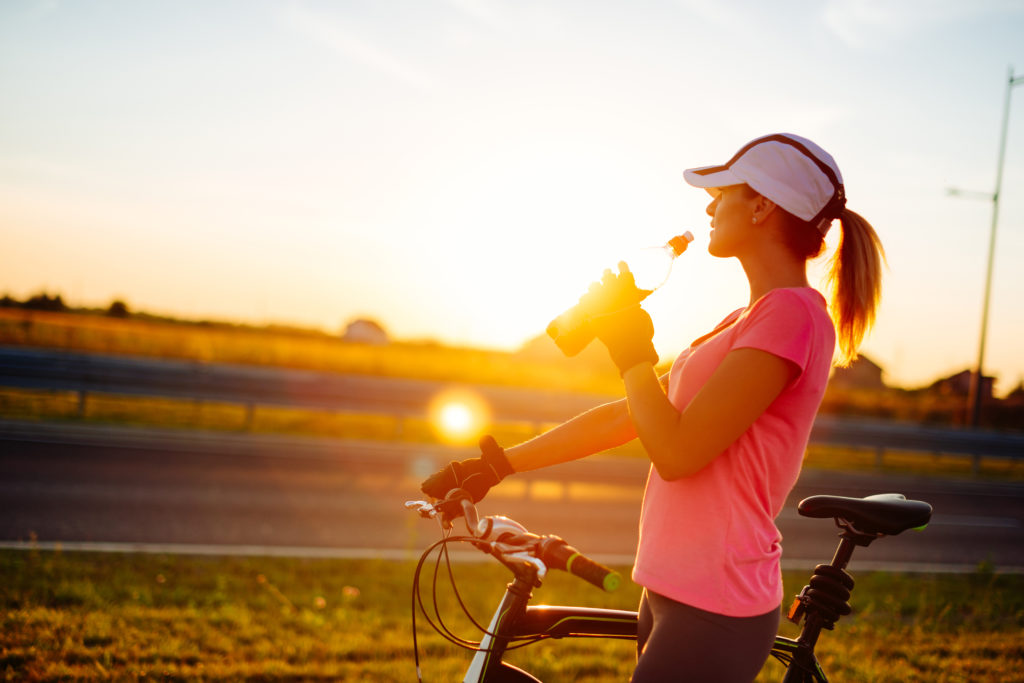 The advantage of gels is that they have a more concentrated carb content. They’re also easier to consume on the go, since you need smaller volumes compared to sports drinks. Gels top up your carbohydrate levels, allowing the body to continue at a high intensity for longer. However, if only consuming sports gel during a long race, you’ll still need to think about fluid requirements. (2) Sport drinks will provide you with fluid as well as energy, but you’ll usually need to drink larger volumes to reach your required carb amount.

4. Which one should I choose? 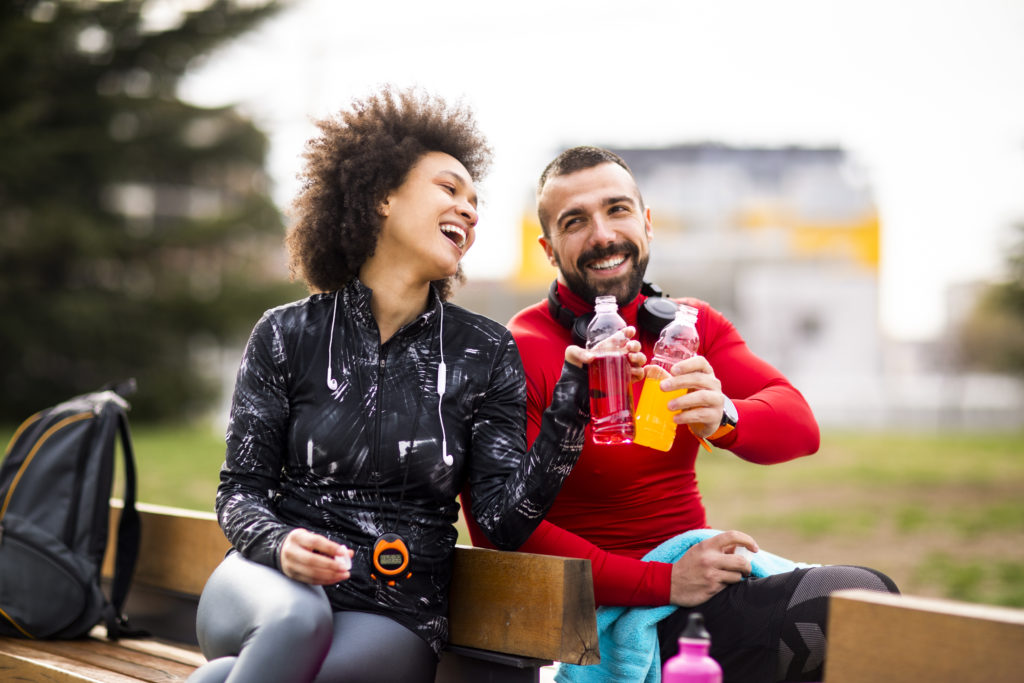 There are many different types of liquid substitutes and carbohydrate gels on the market today, so it can be difficult to know which to choose. If you want quick carbohydrate absorption, choose a sports drink or gel that contains glucose, maltodextrin, sucrose, maltose or amylopectin. These types of carbs are absorbed most efficiently, for fast results. (2) Depending on the race’s duration, different amounts might be needed – for longer races a higher concentration of carbs will be beneficial. Generally, sports drinks should contain about 8% carbs. A 500 ml sports drink would provide around 40 grams of carbs, which is suitable for a race that lasts for 1-2 hours. (5) Sports gels generally have a more concentrated carb content, providing about 20-30 grams of carbs per 30-60 ml package. Gels are preferable when a higher percentage of carbs is needed, or if the runner is having trouble drinking large amounts of fluids.

If you only want to consume one product, sports drinks are preferable as they provide fluids, carbs and electrolytes. It is also important that the products chosen are appealing for the one who will be consuming them (3) – therefore the choice of sports drink or gel is highly individual.